“The milestones of the year were extremely diverse, from a technical as well as from a business point of view. This illustrates the versatility of our business as well as our capacity to innovate and to deliver – an expertise we have built and developed over the past decade. As their partner in trading, we delivered value for our customers across the entire electricity value chain. This is further testified by the healthy growth in our core markets” says Ralph Danielski, Chief Executive Officer of EPEX SPOT.

The year started off with the launch of enera, the first Local Flexibility market providing an exchange-based solution to prevent grid congestions in the windy north-west of Germany. The project partners, including Avacon Netz, EWE NETZ and TenneT, have set up this voluntary market-based instrument to efficiently include local providers of flexibility into the process of alleviating grid congestions. By the end of the year, nine market participants were active across 23 local market areas. Enera has been implemented in the context of the SINTEG research programme (“Schaufenster Intelligente Energie”), examining the efficiency of the energy transition.

In April 2019, EPEX SPOT launched cross-border Intraday auctions in Switzerland, coupled with the Italian market, in close cooperation with European Commodity Clearing (ECC). “The Swiss Intraday market was hit by the exclusion from SIDC, the pan-European Single Intraday Coupling” says Jonas Törnquist, Chief Operating Officer of EPEX SPOT. “Our Swiss members were eager to regain access to implicit cross-border capacity allocation. In 2019, a total of 435.8 GW was traded on these auctions” he adds.

The Frequency Response auction launched in Great Britain broke new ground, as the Exchange entered the field of balancing services for the first time in its company history. EPEX SPOT delivered a weekly auction in Great Britain which allows the system provider National Grid ESO to buy frequency response through the EPEX SPOT platform. The new near-term contracts enable access to new players and diversify the segment.

The year was further marked by a corporate milestone, as EPEX SPOT celebrated 10 years of power, its tenth anniversary. For a decade the European Power Exchange has been providing a trusted price signal across Europe, emerging from its liquid and transparent markets. This price signal is an important indicator for investments and therefore an essential pillar of the energy transition.

In the upcoming year 2020, EPEX SPOT will further develop its offer. The exchange prepares the launch of a complete Day-Ahead and Intraday trading offer in the Nordic region as of Q1 2020.

The German/Luxemburg Day-Ahead market saw its first full year with implicit allocation of cross-border capacities at the Austrian border, after the split of the German-Austrian bidding zone in 2018, and registered 226.4 TWh. 53.7 TWh (2018: 50.4 TWh) were traded on the German Intraday market.

More details on volumes and prices can be found in the attached market report at the end of the press release.

302 members were active on the exchange in 2019, with 24 new members registered. 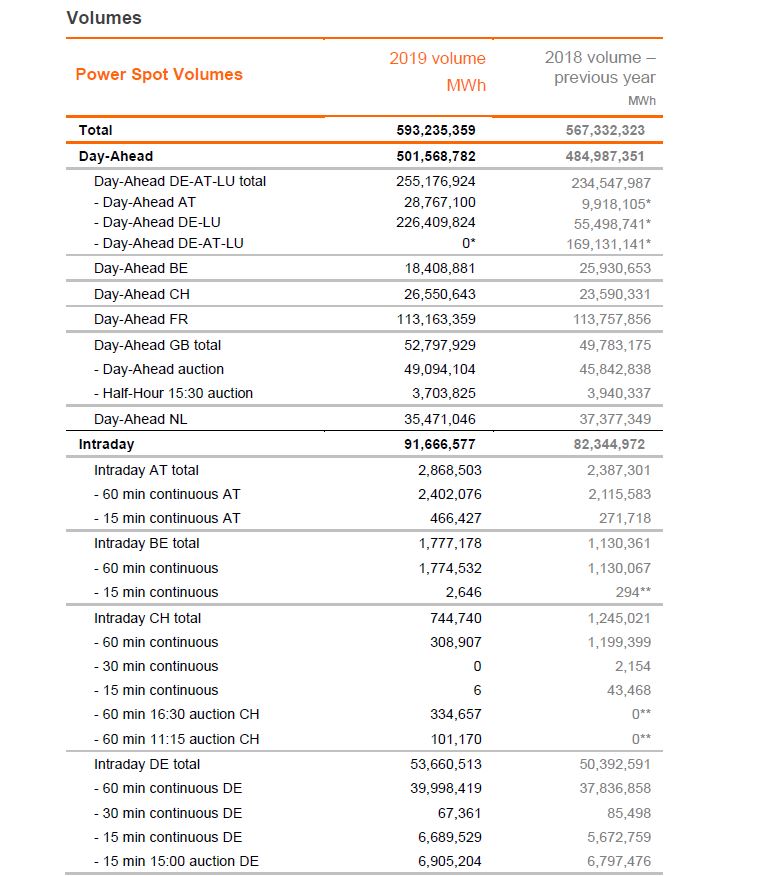 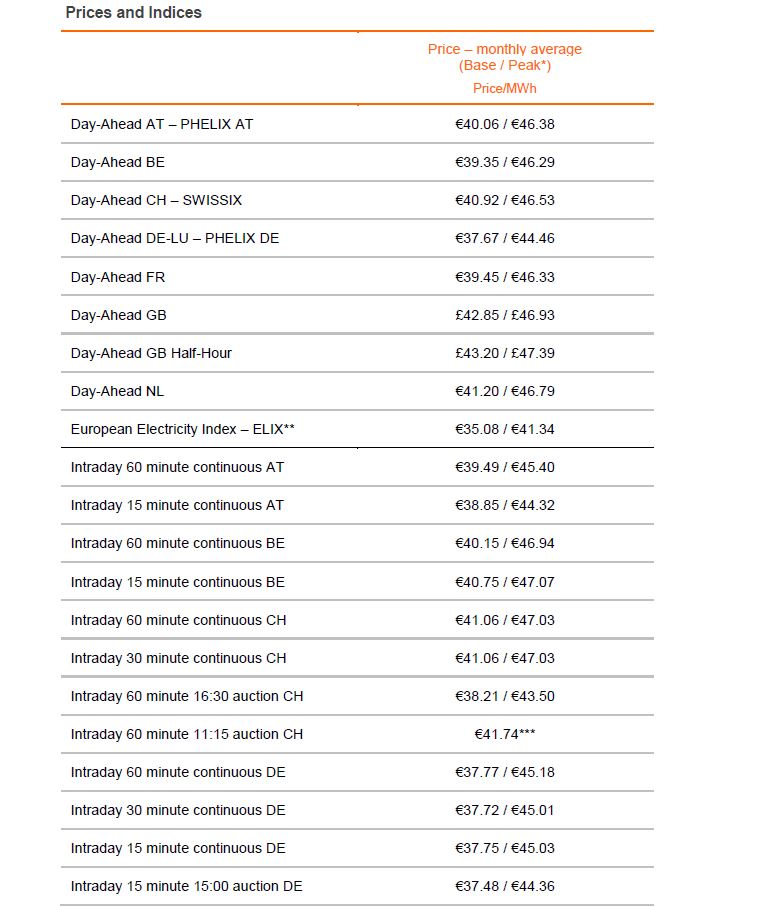