The year 2020 was overshadowed by the Covid-19 pandemic. “This holds true for the energy sector as a whole, and also for EPEX SPOT and our teams” says Ralph Danielski, Chief Executive Officer of EPEX SPOT. “The situation was unprecedented, but we were able to navigate this crisis – and still continue to do so – in an exemplary manner, maintaining the highest service standard our members are used to. We thank our members for their trust and support over this exceptional year, during which we completed major projects. The newly delivered products bring true added value to our market participants and their trading experience. The cooperation with our members, business partners and stakeholders functioned as fruitfully as ever, and was even particularly close during this extraordinary year, for which we are also thankful.”

In 2020, EPEX SPOT has extended its offer to twelve countries. This major milestone was achieved with the successful go-live of the EPEX SPOT trading offer in the Nordic region, starting in May for Intraday trading and in June for Day-Ahead trading and following the implementation of the Multi-NEMO Arrangement in the Nordic region. “Our products were launched in Denmark, Finland, Norway and Sweden simultaneously, with transactions registered in all 12 bidding zones from day one” confirms Jonas Törnquist, Chief Operating Officer of EPEX SPOT. “The finalisation of this project was done fully remotely by the teams, representing the first time this was achieved for a project of such a large scale. We thank everyone at EPEX for their dedication and their hard work under such exceptional circumstances” he adds. The offer was launched in close cooperation with European Commodity Clearing (ECC). 12,387.1 GWh have been traded on the Nordic Day-Ahead and 1,679.0 GWh on the Nordic Intraday markets in 2020.

The post-Brexit transition period ended in December 2020, meaning the GB electricity market stopped being part of the EU Internal Energy Market as of 01.01.2021. Consequently, GB faced the end of implicit Market Coupling ahead of any possible negotiated trading arrangements. EPEX SPOT moved its GB Day-Ahead auction from previously 11:00 GMT/BST to 9:20 GMT/BST and started operating it as a local auction as of 31.12.20 (first trading day). The interconnectors on the borders of GB-FR, GB-BE and GB-NL have been running explicit auctions for their capacity since the same day. The decision on the new Day-Ahead auction timing was made in close cooperation with Exchange members and relevant stakeholders, to secure the most suitable schedule for market participants. It allows to quickly react to the results of the daily capacity auctions at the interconnectors and further extends trading opportunities with all other EPEX SPOT markets.

The Nordic Day-Ahead and Intraday markets were launched in June and May respectively, covering Denmark, Finland, Norway and Sweden. The Day-Ahead markets reached a combined 12,387.1 GWh and 1,679.0 GWh have been traded on the Nordic Intraday markets.

More details on volumes and prices can be found in the attached market report at the end of the press release.

303 members were active on the Exchange in 2020, with 22 new members registered. 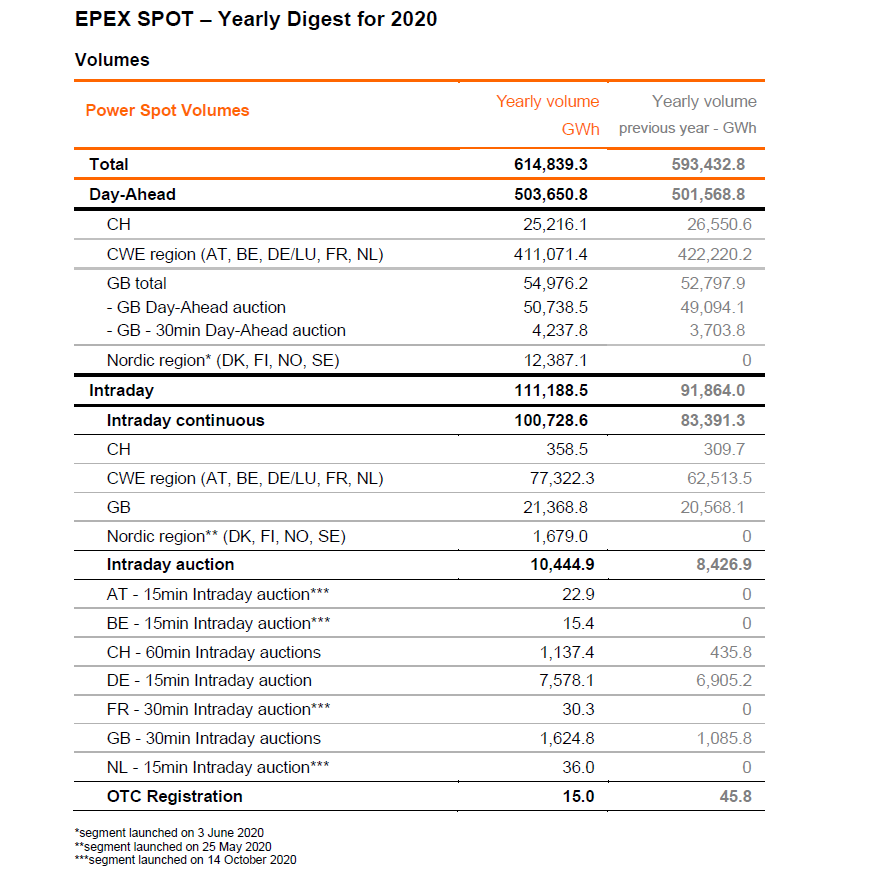 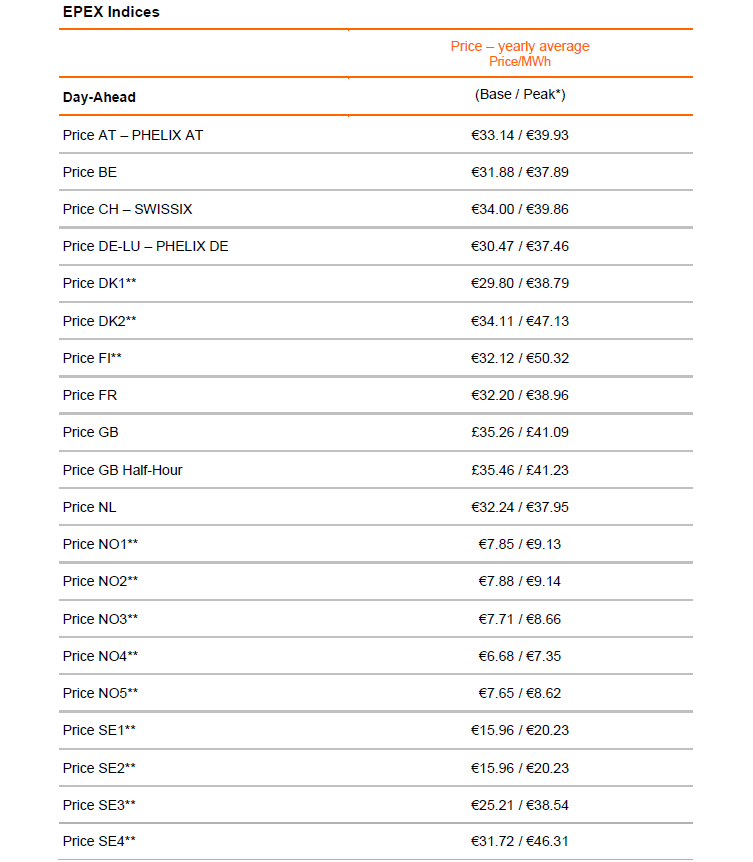 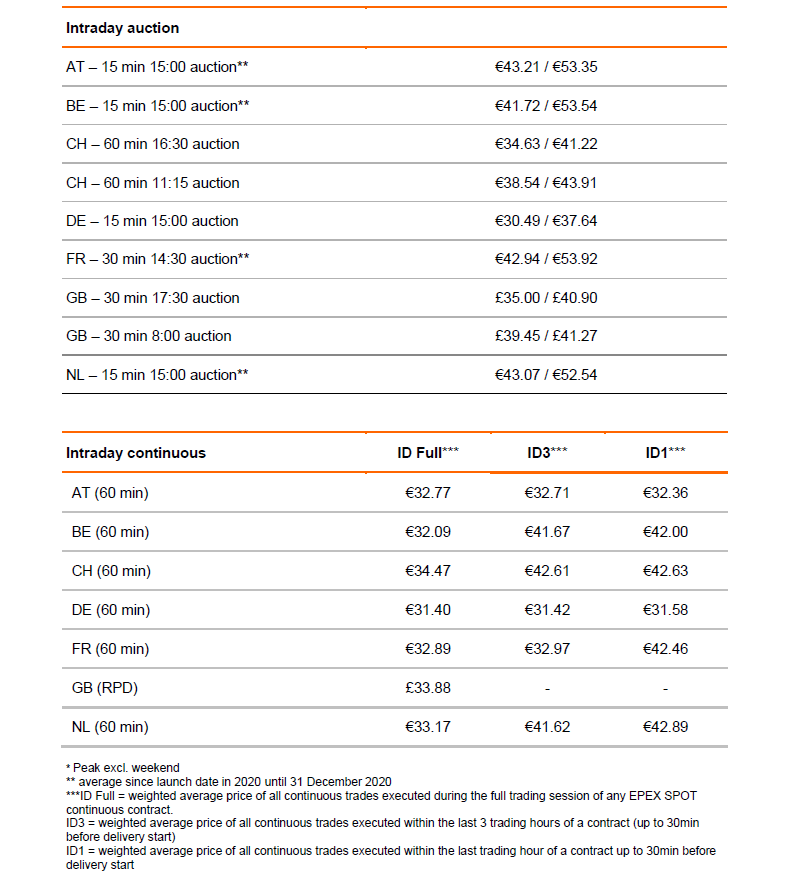