The French Day-Ahead and Intraday markets saw strong results with over 10 TWh traded on the Day-Ahead and a new all-time high on the Intraday. This is in line with the overall development of this market over the past year.

Prices in Central Western Europe, connected within the Multiregional Coupling, converged 41% of the time (June 2015: 26%).

More details on volumes and prices are available in the enclosed report on pages 3 and 4.

The European Power Exchange EPEX SPOT SE and its affiliates operate physical short-term electricity markets in Central Western Europe and the United Kingdom. The creation of a pan-European power market is what defines EPEX SPOT’s mission. In 2015, its 280 members traded 566 TWh – a third of the domestic consumption in these eight countries. 49% of its equity is held by HGRT, a holding of transmission system operators. EPEX SPOT is part of EEX Group. For more information, please visit www.epexspot.com. 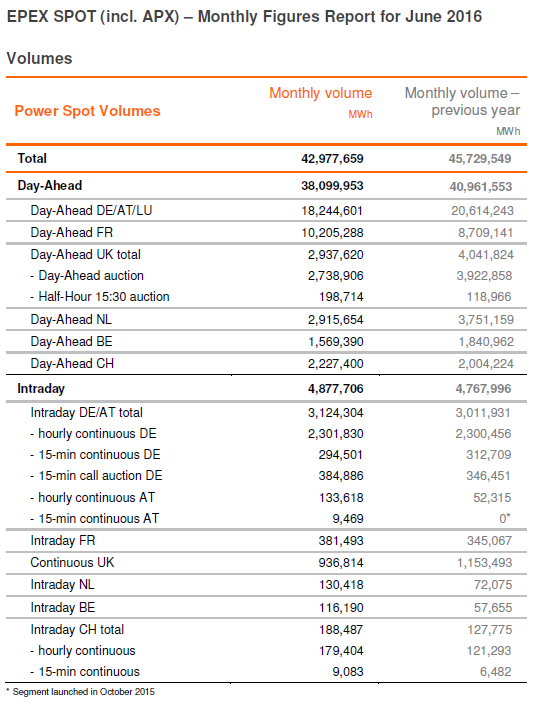 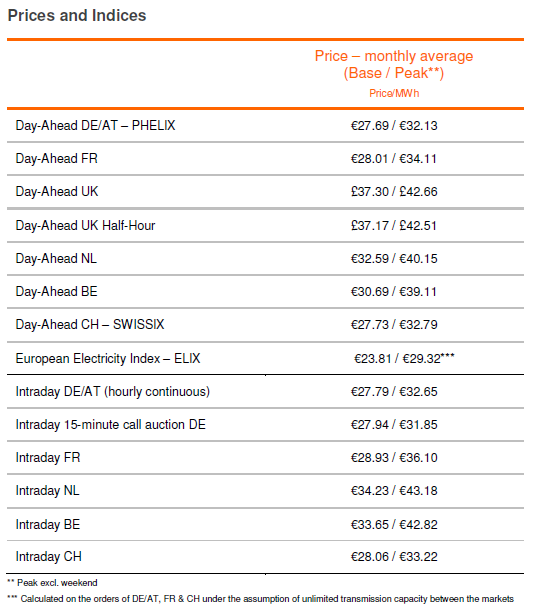