On the EPEX SPOT Intraday markets, a total volume of 4,093,476 MWh was traded in July 2015 (July 2014: 2,515,395 MWh).
Intraday trading volume topped 4 TWh for the first time ever. This evolution underlines the demand for flexible power trading solutions which EPEX SPOT's Intraday markets provide: 15-minute granularity of contracts and a reduced lead-time since 16 July 2015 help traders cope better with the challenges of a transforming power market.

Details on the volumes and prices are available in the monthly report below: 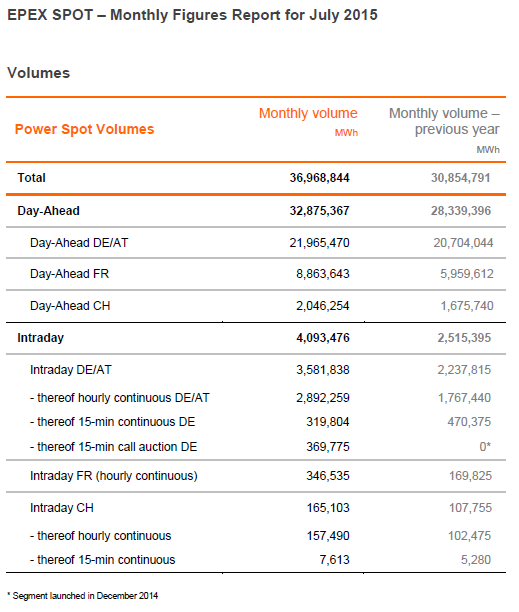 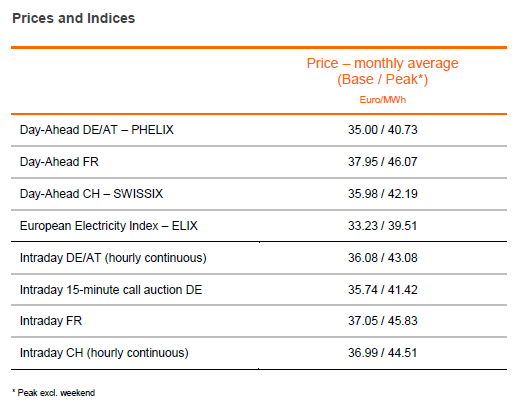