3 TWh of power traded in Central Western Europe and UK

Details on the volumes and prices are available in the monthly report below. 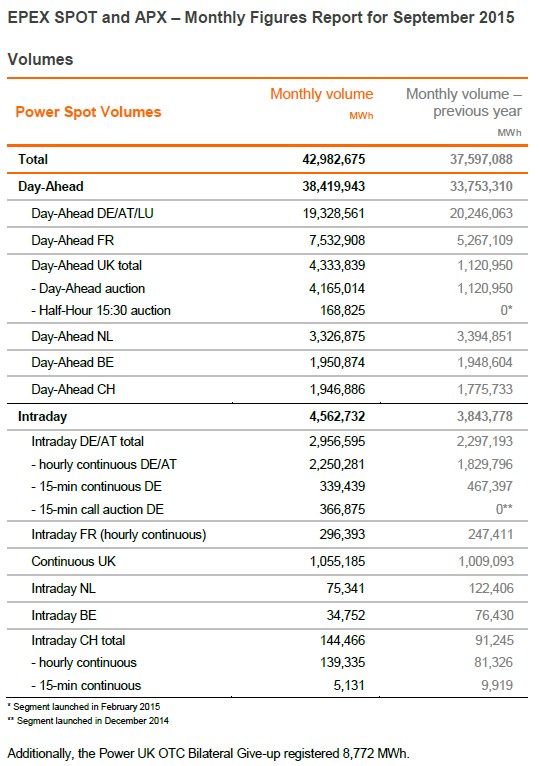 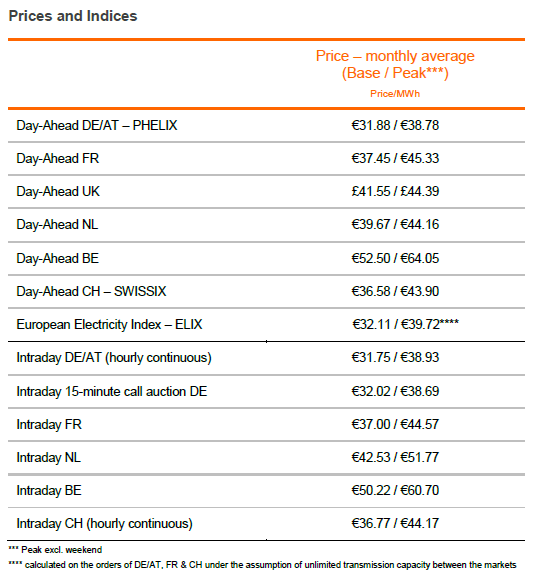 The European Power Exchange EPEX SPOT SE operates the short-term electricity markets for Germany, France, United Kingdom, the Netherlands, Belgium, Austria and Switzerland. Striving for the creation of a European single market for electricity, EPEX SPOT shares its expertise with partners across the continent and beyond. EPEX SPOT is a European company (Societas Europaea) in corporate structure and staff, based in Paris with offices in Amsterdam, Bern, Brussels, Leipzig, London and Vienna. More than 280 companies trade over 450 TWh of electricity on EPEX SPOT and APX every year – one third of its countries’ electricity consumption. EPEX SPOT is held by EEX Group, part of Deutsche Börse, and European electricity transmission system operators. For more information: www.epexspot.com and www.apxgroup.com